A serious and caring young girl

Marie Meurdrac was born in France in the 17th century, probably around 1610, into a prosperous family. She lived in the village of Mandres-les-Roses, in the current suburb of Paris. At the age of 15, she married Henri de Vibrac, the captain of the guard of the Duke of Angoulême. After her marriage, she moved to Grosbois Castle, where she became friends with the Countess who lived there. A friendship that will be very precious to him! At that time, we did not yet speak of Sciences, but of “Natural Philosophy”.

Where does the word Chemistry come from?

The word chymie comes from Paracelsus, a 16th century Swiss doctor, who coined this word to distinguish serious research based on experience rather than slightly crazy theoretical ideas. Like Paracelse, Marie Meurdrac is convinced that matter is made up of 3 elements in variable quantities: salt, sulfur, and mercury. This vision is far removed from the one we know today. You now know that matter is made up of atoms. At that time, chemistry, more than the other scientific disciplines, was a woman’s science. It sounds astonishing, but in families, it is mothers who prepare remedies to cure illnesses. But as soon as it was necessary to debate the theories of chemistry, the men took care to exclude the women from the salons, because it was not suitable for these “little minds”. 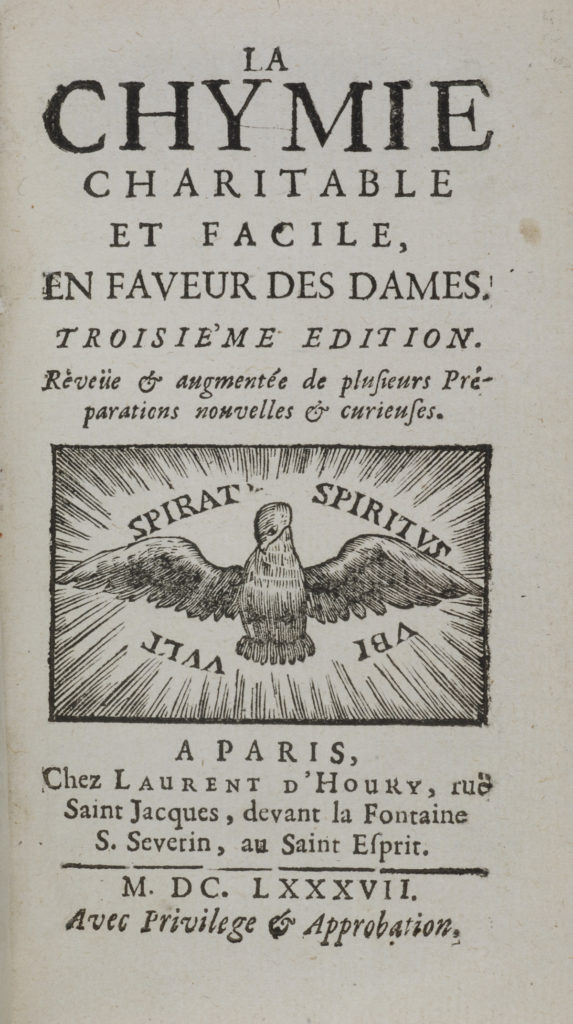 The first Treatise on chemistry written by a woman

If at the time society admitted that women were able to think and write like men, this equality between men and women is only accepted in literature. And society preferred to give them household chores rather than letting them think about science problems.

Thanks to her friend the Countess, Marie learned chemistry. She not only reads the books of the alchemists and chemists of her time, but she also performs experiments like mixtures, extraction of substances, and she tests their effects, in a laboratory at the castle. She prepares all kinds of concoctions to improve the lives of women. And since she doesn’t want to forget anything, she writes down all the experiences she performs. After several years of work, she accumulates so many notes that she thinks of publishing a book. But she hesitates for a long time because, at that time, a well-behaved woman must remain silent, listen, learn and never show her knowledge in public. Women were even encouraged to hide their knowledge. Overly intelligent women scare men away!

But over time, she realizes that her teachings and remedies really help people. She then thinks that it would be a sin not to share her knowledge with the whole world.

Cleverly, she then published a treatise on chemistry, the first written by a woman, who was called: “The easy and charitable chemistry in favor of women”.

Everyone can do it !

His treatise became very popular thanks to the clarity of his instructions allowing everyone to reproduce his preparations in a language simple and understandable to all.

Chemist but feminist too!

This treatise which she dedicates to the Countess contains a preface supporting women wishing to be educated. She says that “the mind has no gender, and if we educate the minds of women like that of men, and if we spend as much time and money on their education, then they could become their equals. “

A prophetic phrase, it seems. 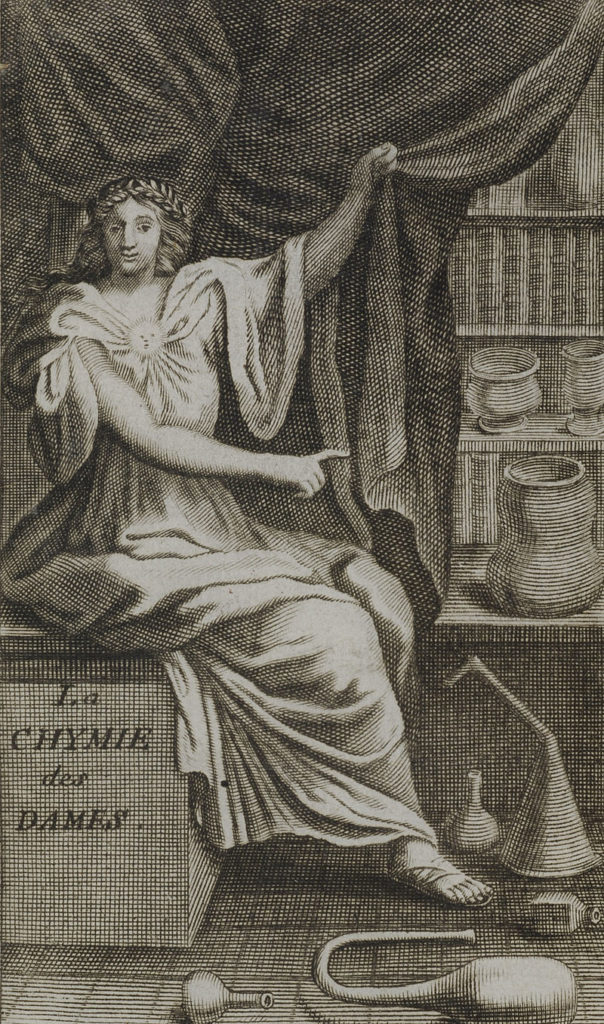