Anatomy is the science that studies the shape, structure, and positioning of the organs in our body. And the father of anatomy is none other than the Belgian André Vésale.

The apple never falls far from the tree

In addition, he lives in a house with a view of the gallows, where the death row prisoners are executed. Where many would be horrified at this spectacle, Andrea Vesalius, he did not seem impressed. Legend has it that as a child he would sometimes steal bones or organs which he then carefully dissected.

As an adult, he went to study medicine at the University of Louvain and then went to Paris to study with the famous Jacques Dubois. In the audience, he witnessed dissections of animals and human bodies recovered near the gallows of Paris. Vesalius was so passionate that he went so far as to steal corpses to dissect them in his cellar.

A doctor who stands out

What will grow his reputation is the distance he will take from the theories of Galen, the father of medicine. Galen lived in the 2nd and 3rd century AD. He was renowned for his many medical theories. But Vesalius decides to sweep away the theory and only uses dissection as the main teaching tool. Instead of listening to a short without flinching, the students learn medicine by observing Vesalius cutting a body in front of them.

In addition and for the first time in the history of medicine, he draws everything that dissection reveals. He produces boards of exceptional quality. 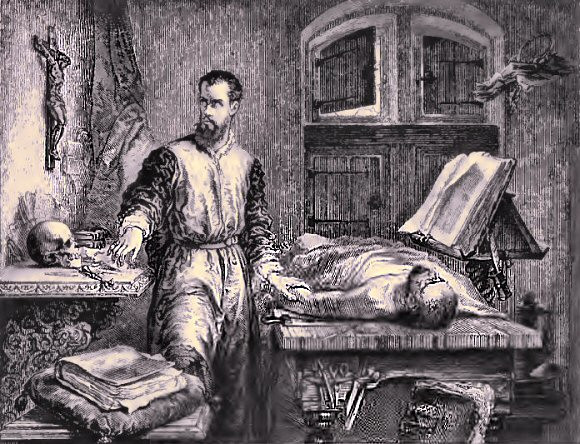 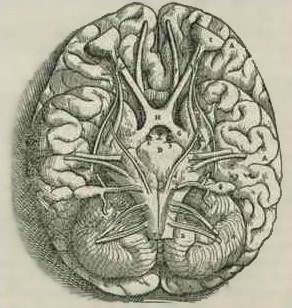 However, in science as elsewhere, changing habits is not always well accepted by the population. Denouncing errors made by Galen has drawn the fury of many scientists and the Church. However, at the time of Galen, one could not cut out the human corpses to study them. And Galen considered that the monkey and the man were the same. To prove that Galen was wrong, Vesalius will dissect the body of a man and a monkey in public.

Vesalius will also prove that the veins come from the heart and not from the liver, and describe the respiratory system.

But he remained highly criticized, and disgusted, he decided to abandon the teaching and practice of anatomy to practice medicine at the court of the Emperor. 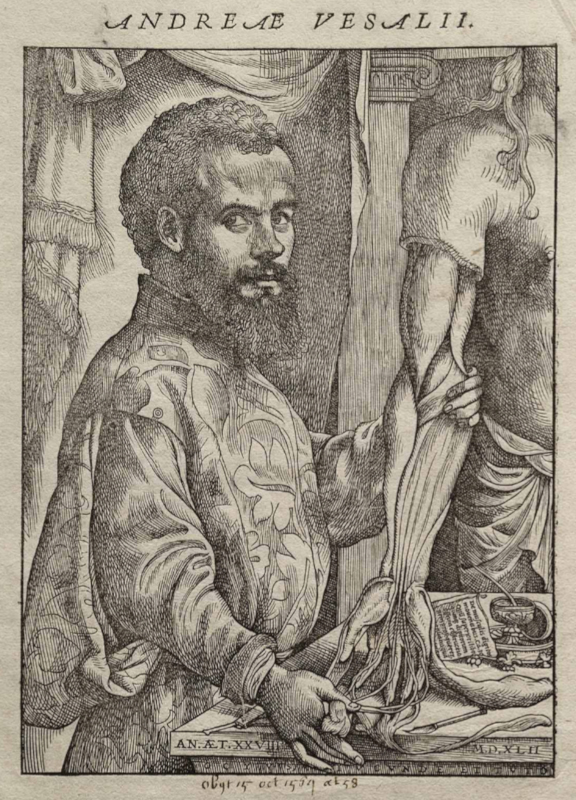