When you think about it, human beings are pretty incredible animals. Since our appearance, 7 million years ago, we have managed to survive and develop to reach 7 billion people, scattered almost over the entire surface of the planet. This is a real feat because if you look closely, humans have weak points. We are not particularly resistant, we do not have thick skin or fur to protect us from the cold or the rain. There is nothing we can do without eating and drinking every day and sometimes we get sick.

So how is it that we were able to survive and develop so much? Without worrying about whether tomorrow we will still be here. It is thanks to our highly developed brain and its ability to dream, seek solutions and experiment. There are many inventions on which humans depend and without which life would be much more difficult.

Here are the top 10 inventions that have changed men’s lives:

Archaeologists are still arguing about when the wheel appeared. The earliest evidence of the use of the wheel dates back to 3500 BC. It was in Mesopotamia (Iraq today) and they were made of stone. The Mesopotamians realized that the wheel could be used to move objects from one place to another.

The wheel has gone through several stages of evolution. At first, it is used with wooden logs as a roller to facilitate transport, then the rollers are replaced by axle wheels.

Around 2000 BC. AD, carts appear in ancient Egypt, as confirmed by the drawings found by archaeologists. Wheels from this era have spokes, which make them lighter and stronger.

Since then, we find the wheel everywhere, on bikes, cars, scooters, vacuum cleaners or rollerblades, toys … The best invention to transport things too heavy for men or move around easily.

The wheel is great, but it doesn’t help hunting the game. We can always try to roll it over, but it’s porridge full of hair that we’ll have to eat.

The blade and all that derives from it, such as the ax, the knife, etc., have also saved the lives of many human beings. These first stone blades allowed humans to kill and cut meat. But in addition, they allowed him to make clothes from animal skins, to defend himself during battles. More recently, researchers have also discovered that the use of the blade allowed the first men to learn the skill, that is to say, to evolve to better use their hands. 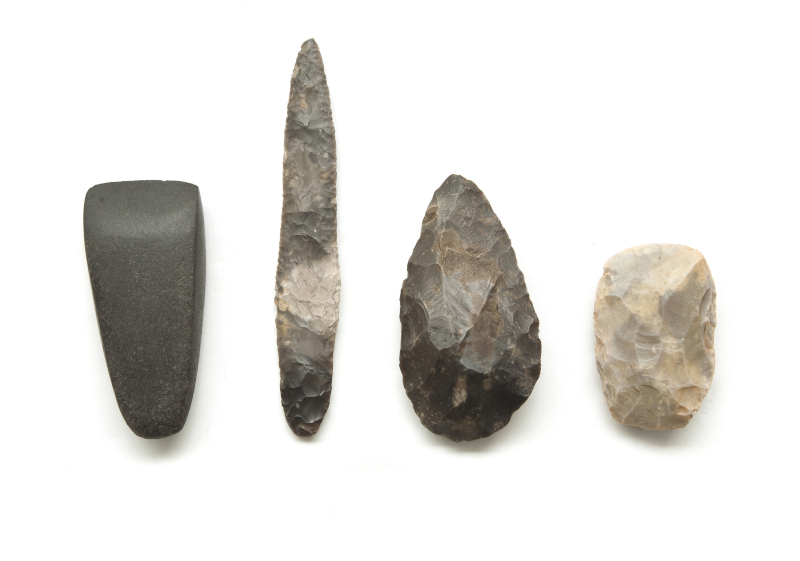 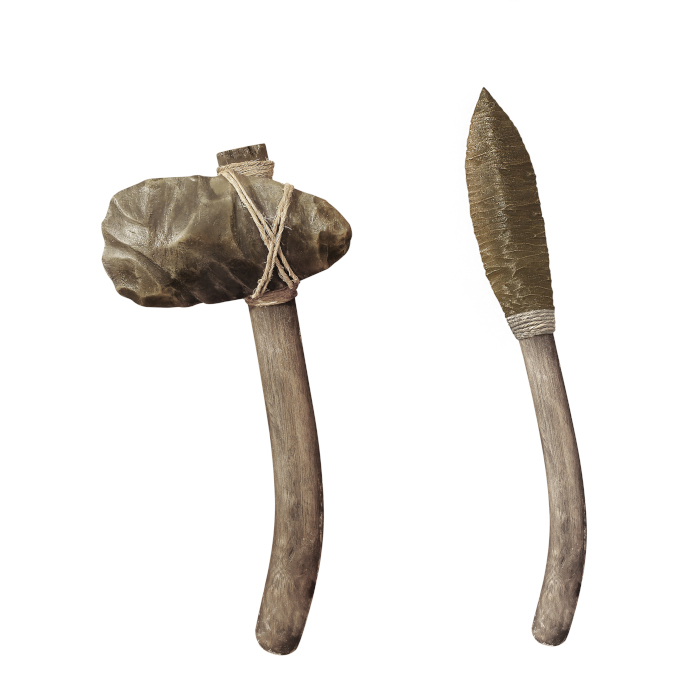 A million years ago, the first men started to lose their hair. This bare skin allows humans to better dissipate heat by sweating.

For a long time, the first men ran naked in the wild. But when the ice age arrived, the temperatures dropped too low. To protect themselves from the rain and the cold, they invented clothes. They created them from the skins of animals they killed. Since then, we no longer dress in animal skin. Humans have found other materials like wool, cotton, linen to make clothes, more practical and fashionable. 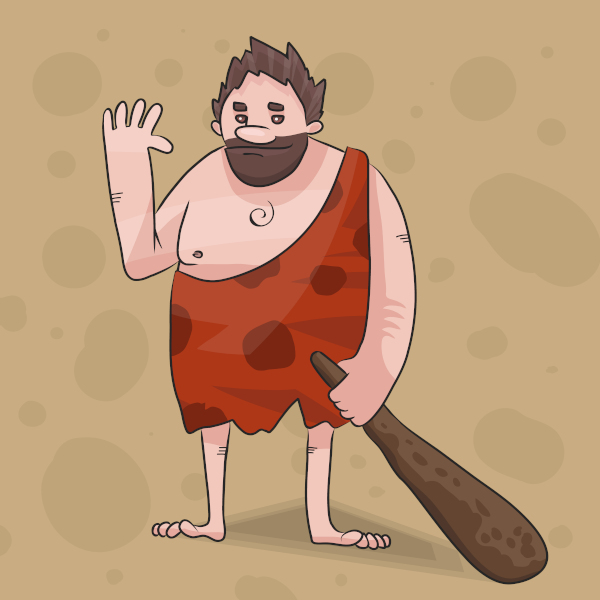 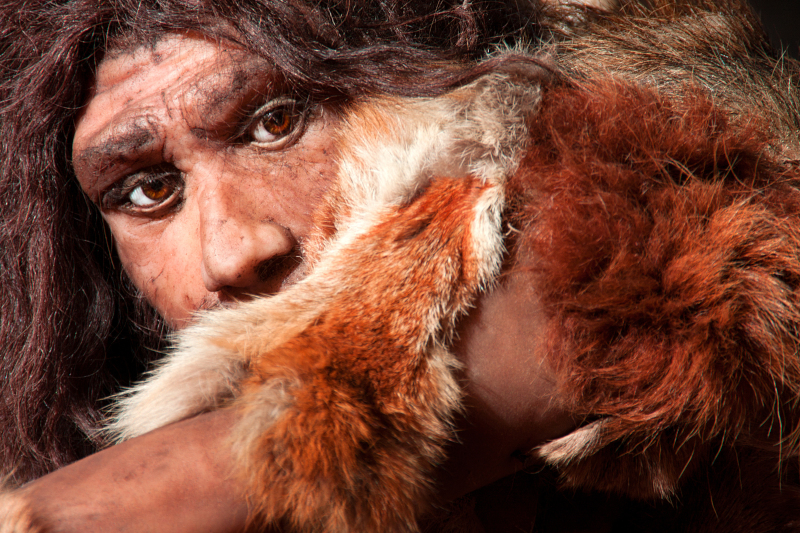 Now that we have the wheel, blades, and clothes, what can the first humans do with all these things? Wear them all day? Of course not. They needed an invention to make life easier or to keep it simple.

This brings us to dwellings. Now let’s pretend that the home or shelter is a purely human invention. We started like most animals, looking for a good place to hide. For our distant ancestors, it surely meant living in some kind of tree nests. It’s a safe bet that the caves and rock outcrops were popular shelters.

2.6 million years ago, signs of collecting food and tools and transporting them to water points or shelters appeared. About 800,000 years ago, fires and hearths began to appear in this type of place. But the first traces of a man-made shelter, post holes, date back 400,000 years and were found at the Terra Amata site in France. By building shelters, humans were no longer as vulnerable as before and were able to survive in harsher climatic conditions.

Sanitation, and therefore the disposal and treatment of wastewater, has had a huge impact on civilization and the spread of diseases like cholera.

Now move on to more recent times. When the British Medical Journal asked a group of experts and readers about the greatest scientific breakthrough in the past 150 years, the answer was not open-heart surgery or the find-my-phone app on your smartphones. Outperforming antibiotics and anesthesia, sanitary facilities received the most votes.

The development of an excrement disposal system that could have saved many lives is recent. In Victorian England, the Thames was filled with rubbish and the streets covered with puddles of sewage so that journalist and lawyer Edwin Chadwick announced that sanitary measures had to be taken to fight against typhus, cholera, influenza and other germs spread by a lack of hygiene. 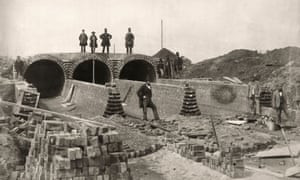 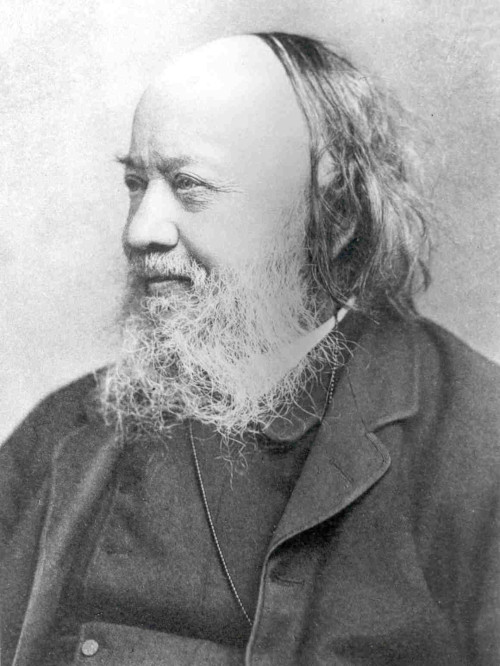 Chadwick developed plans for the sewage and drainage systems to dispose of the waste (one of these routes led directly into the Thames). Of course, at the moment, not everyone has an adequate sewage system available, which means that one billion humans, i.e. 15% of the world’s population, are still practicing open defecation and that 2.4 billion people will use basic sanitation in 2015.

Speaking of unsafe water, drinking such a drink can cause painful stomach upset and bouts of diarrhea, much like many of us have endured during trips to the third- world. However, the consequences of these diseases caused by foul water can be more serious than just stomach aches. As the World Health Organization reported in 2005, this type of disease represents the leading cause of death worldwide, announcing the figure of 3.4 million deaths per year, more than conflicts, terrorism and the use of weapons of mass destruction combined. Children living in poor countries and whose immune systems are already weakened by malnutrition and tensions are particularly at risk. 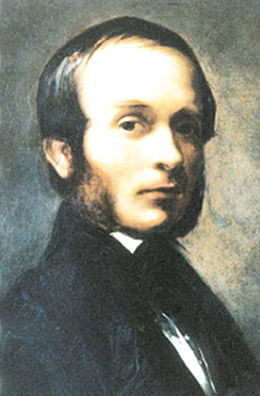 In the past, the situation was much worse. For centuries, even in developed countries, mysterious periodic epidemics of cholera have killed thousands of people. During a cholera epidemic in 1854, the British scientist John Snow established that the disease was caused by microorganisms present in the waste water which contaminated the water supply system. Among other innovative ideas in public health, he suggested the use of chlorine to kill microorganisms and the rate of infections decreased. Since then, the use of chemicals and filtration systems has been developed to make the water we drink safe.

One of the most significant advances in the survival and advancement of mankind is the mastery of fire.

We do not know the identity of the Acheulean experimenter (s) in Africa who discovered how to light, control and use fire some 790,000 years ago. But their mastery of rapid combustion was one of the most important advances that ensured the survival and progression of humanity, as reported by Nira Alperson-Afil, a member of the Israeli archaeological team who discovered the oldest traces of man-made fire.

This discovery equipped the first men with torches that protected them from predators. This fire also provided a source of heat that allowed them to survive temperature drops. In addition, the ability to cook meat and vegetables widens human food choices and helps fight malnutrition. Perhaps even more than any other advance, the mastery of fire allowed humans to multiply and colonize the entire surface of the Earth.

Today, we no longer gather around the campfire gnawing at pieces of grilled mammoth legs, but the ability to burn fuels is still an integral part of our existence. 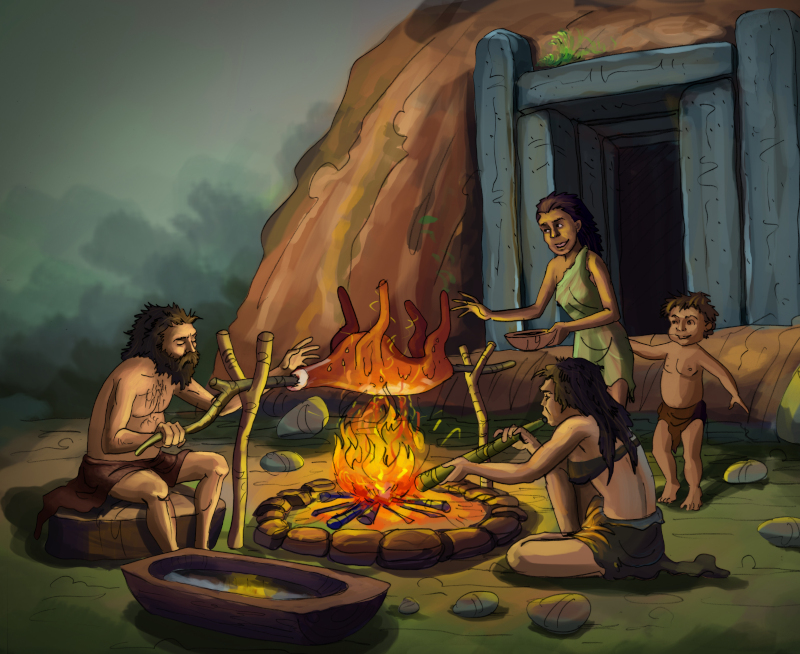 The cultivation of wheat is the result of a series of scientific and technical advances.

If we hadn’t had farms to produce our food, we would spend most of our time gathering wild plants and tracking animals to survive, as hunter-gatherers did thousands of years ago. The hunter-gatherer lifestyle is by no means a bad thing. For example, the adaptability of this way of life allows people to consume resources from a wide variety of habitats in a rational way, without impoverishing the ecosystem, unlike the way of life of modern society. However, this way of life requires constant movement and living in small groups of individuals. This model applied to modern society would simply be impractical. This is why the development of agriculture is so important for our survival. 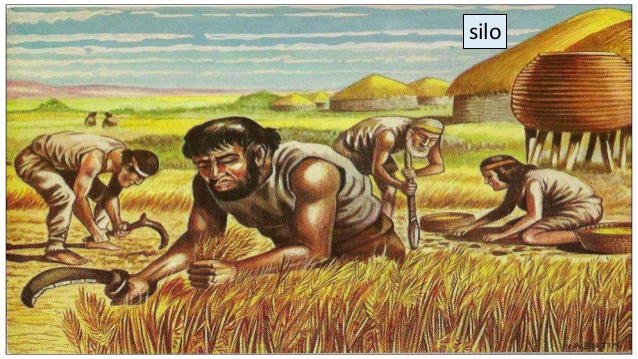 Agriculture is not an innovation, but a series of scientific and technical advances such as the development of irrigation techniques, the technique of rotation and fertilizers which were developed several thousand years ago.

Agriculture began when groups of humans understood how to collect and cultivate the seeds of wild plants. According to DNA analyzes carried out on modern foodstuffs such as wheat, barley, chickpeas, lentils or flax, these were developed from primitive seeds 9000 to 10 000 years ago in South Asia. 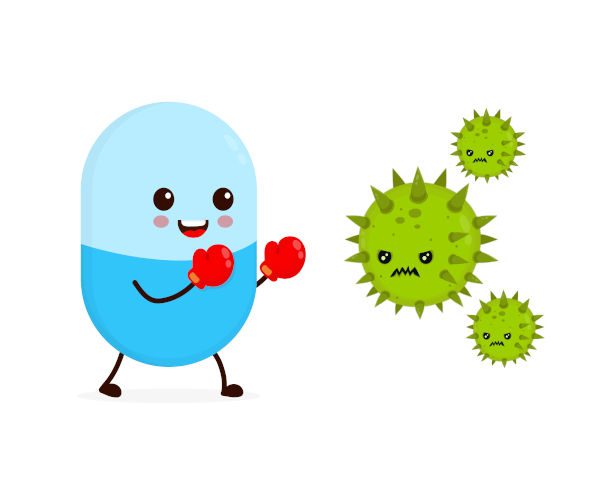 The use of antibiotics has significantly reduced the death rate from certain diseases.

For most of human history, every individual on this planet has theoretically almost died from bacterial diseases that in the past have sometimes wiped out entire continents. One such disease, the Black Death caused the deaths of approximately 200 million people in the 14th century.

In the late 1920s, Dr. Alexander Fleming, who was researching an antibacterial agent, noticed that mold had contaminated a Petri dish containing a pathogen in culture. Fleming published a scientific article on his discovery in 1929 and one of his students, Dr. Cecil Paine, became the first clinician to demonstrate the effectiveness of penicillin, a drug developed from mould, against certain bacterial diseases. Since then, the use of penicillin and other antibiotics has led to a reduction in the mortality rate due to certain infections such as syphilis, sepsis and of course bubonic plague. Interestingly, however, not all laurels can be attributed to antibiotics when it comes to lowering the death rate from bacterial diseases. Other advances on this list, such as drinking water, also have an important role to play.

Without the ability to preserve food by canning or other means, it would be extremely difficult for humans to eat properly.

The canned refried beans from your pantry might seem like a modest step for civilization. However, there is a reason why civil protection officials recommend that everyone keep supplies. The ability to store food for long periods of time without refrigeration allows people to survive natural and human-made disasters that disrupt our electrical installations and make it difficult to access fresh food.

The can was invented at the end of the 18th century for military purposes. Napoleonic troops suffered more from hunger and scurvy, a nutritional deficiency, than from fighting with the enemy. The French government offered a bonus of 12,000 francs to anyone who developed a method of keeping supplies for troops in the field. Nicholas Appert who had worked as a confectioner, chef, and brewer, came up with the idea of ​​partially cooking the food, placing it in bottles sealed with a cork, and then immersing it in water in boiling to expel the air contained in the containers. He thought the air was responsible for the spoilage of the food. (It will take another half a century before Louis Pasteur discovers that it is, in reality, the heat that kills the microorganisms responsible for the deterioration of food and disease.)

French soldiers took with them samples of poultry, vegetables, sauces and other foodstuffs preserved according to the Appert process and reported that after four months, the food was still edible. In 1810, the English inventor Peter Durand obtained a patent for an improved food container, closed by a welded lid rather than a stopper. Two years later, two compatriots from Durand, Bryan Donkin and John Hall opened a packaging plant in metal boxes rather than bottles. 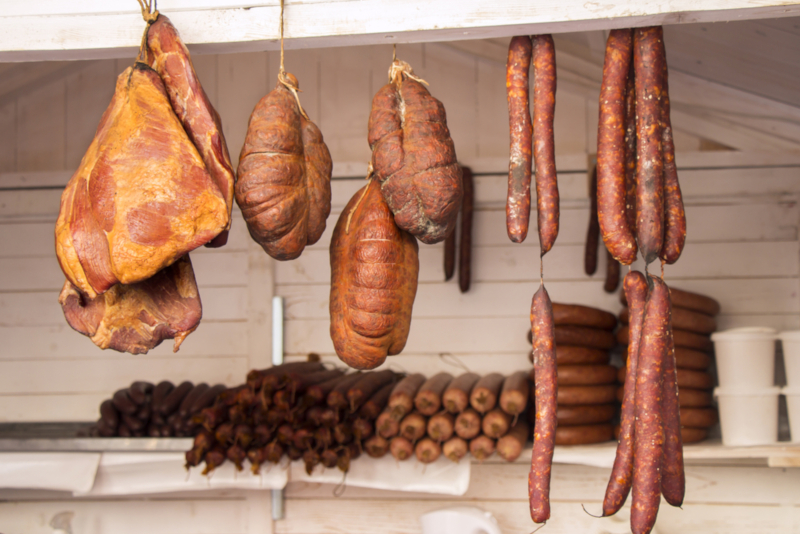