Cecilia Payne-Gaposhckin (May 10, 1900 – December 7, 1979) is an Anglo-American astronomer. She is one of the first astronomers to demonstrate that the composition of stars is primarily made of hydrogen and helium.

Born in Wendover, England in 1900, she is the eldest of three children. Her father, Edouard John Payne, died when she was only four years old.
She lives surrounded by women. Her mother, aunts, great aunts and great great aunts, all unmarried. One of them is a botanist, another is a painter, and one is a pianist. But very young, she understands that being born a girl is a disadvantage. Only boys count in this world!

From elementary school, she became passionate about science and mathematics. Little virtuoso, she quickly learned French and German and presented a gift for conversation.

She got noticed in college by carrying out a scientific experiment to verify the effect of prayer. Noting that those who prayed for success receive less than those who did not pray for it. At this very moment, she decides she can no longer believe in God. She will be officially agnostic. 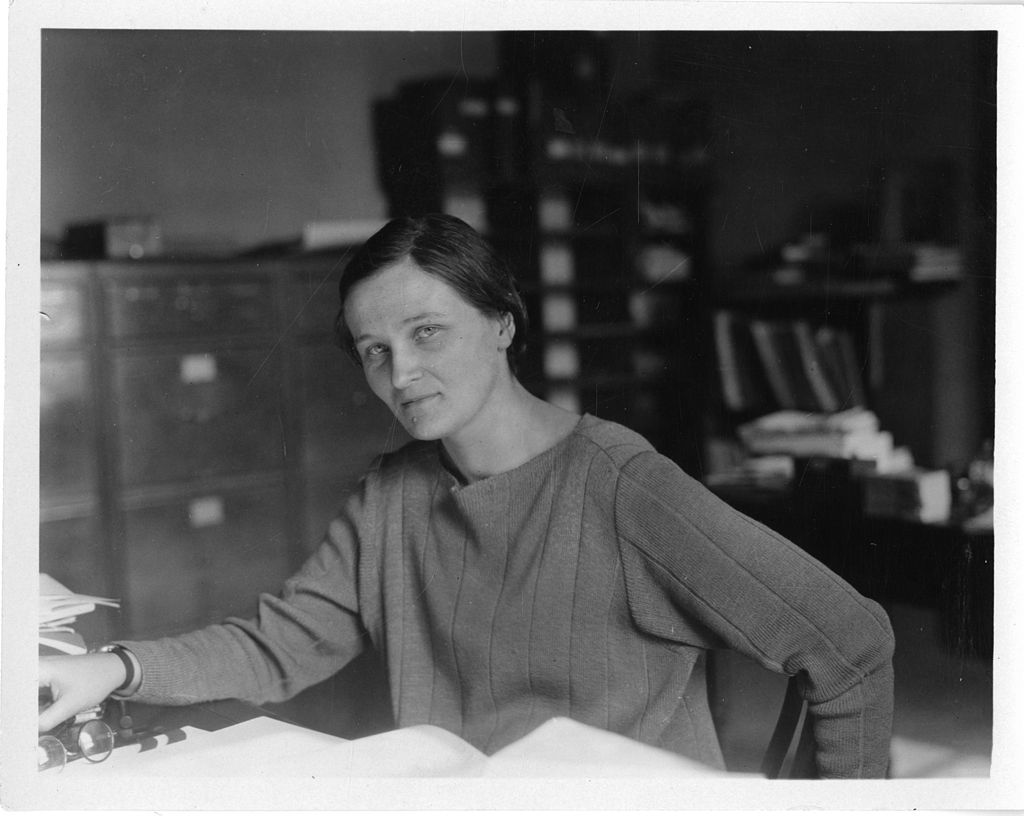 Church of England nuns are desperate to see a girl who prefers science to God. Shy and convinced that only science can help her to flourish, she leaves her school to join Saint Paul School, to follow more advanced science and math lessons.

Studying at the University, a dream that comes true

She stood out for her different talents in science, so she won a scholarship to go to university. And not just any, she goes to study natural sciences at Newnham College at the University of Cambridge, alongside men.

The only woman in physics class, she must sit alone in the front row.

During this training, she attends a conference presented by astronomer Arthur Eddington, who talks about his trip to the Gulf of Guinea to photograph a solar eclipse. Cecilia Payne is so much impressed by the lecture that she decides to devote herself to astronomy.

From England to Harvard in the USA, Cecilia Payne attends the most prestigious universities

She finished her studies in 1923, at the age of 23, and obtained her degree in physics. She understands, however, that in England there is no room for female astronomers. Her friend advises her to try her luck in the United States, where things are different.

She won a scholarship to the Harvard University Observatory. She works there alongside Harlow Shapley, director of the Observatory, and embarks on a doctorate to study the temperature of stars.

Many women work at the observatory. Like computers, they classify stars. A delicate and essential task, for which they are barely paid and recognized. Among them are the famous Annie Jump Cannon and Henrietta Leavitt. 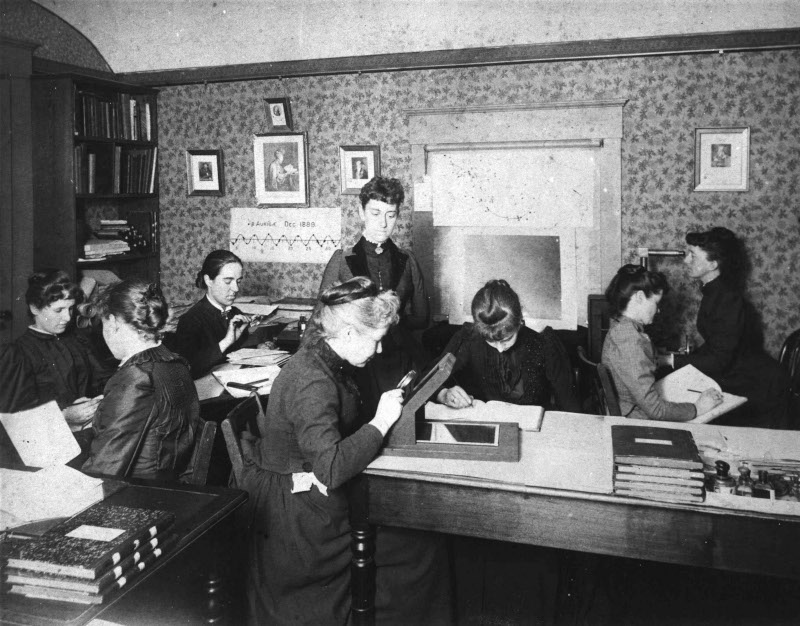 As Cécilia comes with her own grant, she has the privilege to choose her research subject. But the president of the physics department refuses she attends the lessons because she is a woman. Never mind, her new friend decides to open new courses in astronomy, and Cecilia will be her first student.

Two years later, she demonstrated through her research that the atmosphere of stars was mainly composed of hydrogen and helium. Each star has its own characteristics, such as a barcode. Thanks to spectroscopy, she manages to define the composition of the stars.

Another major discovery is its classification of stars into 7 color categories, each corresponding to different temperature ranges. So there are warmer stars and colder stars.

Finally, it shows that the composition of stars is completely different from that of Earth, which contains a lot of oxygen, nitrogen, carbon, silicon … It thus contradicts the scientific ideas of the time. Henry Russel, former Harlow Shapley professor, and famous physicist, is not at all convinced about this thesis. He dissuades her from publishing her discovery because he is convinced that the Earth and the stars have identical composition. Four years later, he will admit that Cecilia was right.

Married, mother and scientist… Cecilia Payne is a modern woman.

In 1925, she brilliantly obtained her doctorate at Radcliffe University because Harvard University did not grant women doctorates. She embarks on the study of high luminosity stars, the structure of the Milky Way, our galaxy, as well as variable stars.

In 1933, she traveled to Europe to meet other scientists. There she meets Sergei Gaposchkin, a Russian astrophysicist in exile, with whom she will marry and will have three children. She continues her work as a researcher even after the wedding and the birth of her 3 children, which was unusual at that time because women had to stay at home to raise her children. In 1956, she became the first woman to be appointed a full-time professor at Harvard University. In addition, she is also named the first woman head of the department at Harvard. She died in 1979 of lung cancer. Cecilia Payne-Gaposhckin will have made more than 1,250,000 star observations and an asteroid has even been named in her honor. 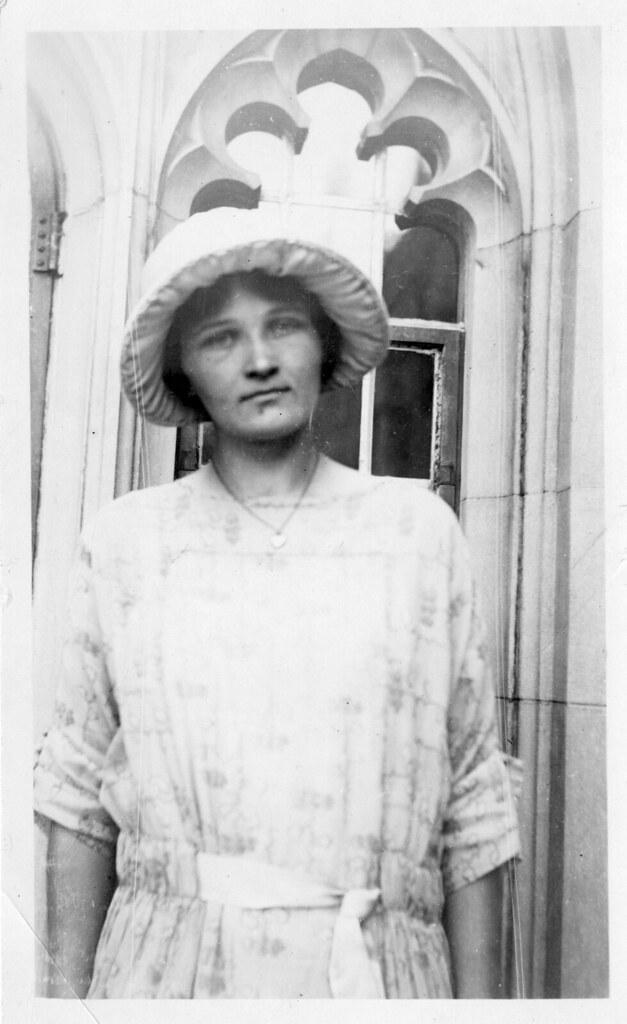